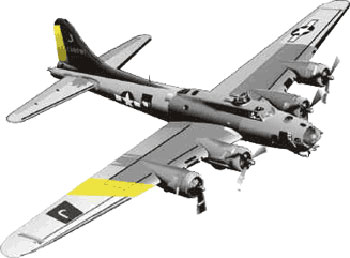 The Boeing B-17G or "Flying Fortress" is possibly the best known American aircraft of the second world war. It was designed by the Boeing Company, Seattle, Washington.

The Seattle Daily Times carried a feature with a photograph bearing the caption "15 Ton Flying Fortress", this caught the imagination of Boeing's management and they duly registered the name.

The aircraft flew over 300 operations, which is over 8700 sorties, from Framlingham Station 153 which we now know as Parham Airfield Museum. 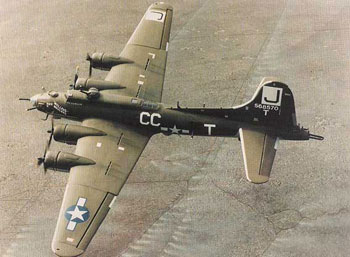 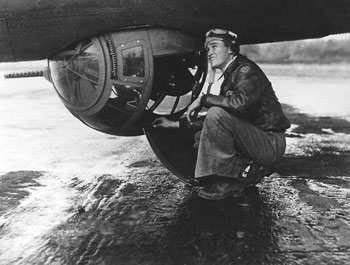 Ferrying - 3630 US gallons giving a range of about 3,400 miles (two tanks, each carrying 410 US gallons, added to bomb bay.
Typical B-17G consumption on a mission to targets in the Leipzig area of Eastern Germany - 2200 US gallons, flying time 7 hours 55 minutes.

ARMAMENT
Thirteen Browning M-2 .50 caliber machine guns. Fire rate approximately 13 rounds per second. No gun on a B-17 carried more than one minute's supply of ammunition.

Production peaked at 16 airplanes a day in April 1944. Today there are about a dozen B-17's still flying. 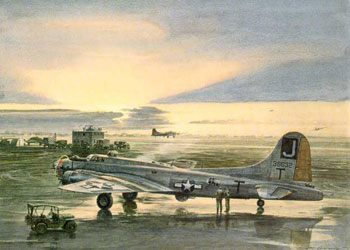 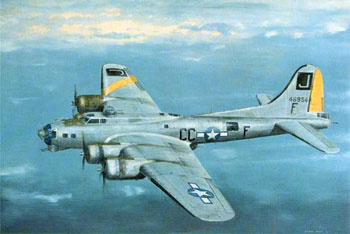