Aircraft Losses by the Group:

Claims to Fame Highest claims of enemy aircraft destroyed by bomb group on one mission on the date of 10 October 1943. Sgt. Hewitt Dunn, a gunner with the 390th BG, was the only man to fly 100 missions.

Credited with destruction of 377 enemy aircraft

Average life of an aircraft in missions: 33

On VE day, only 75 were left in flying condition

Total number of aircrew KIA and missing in action: 742

Our staff are often asked of crashes that took place. A major incident occurred in Great Glemham, the village next door to Parham when a pathfinder aircraft that was to lead the groups flying the day's mission was attacked as it was about to land back home. 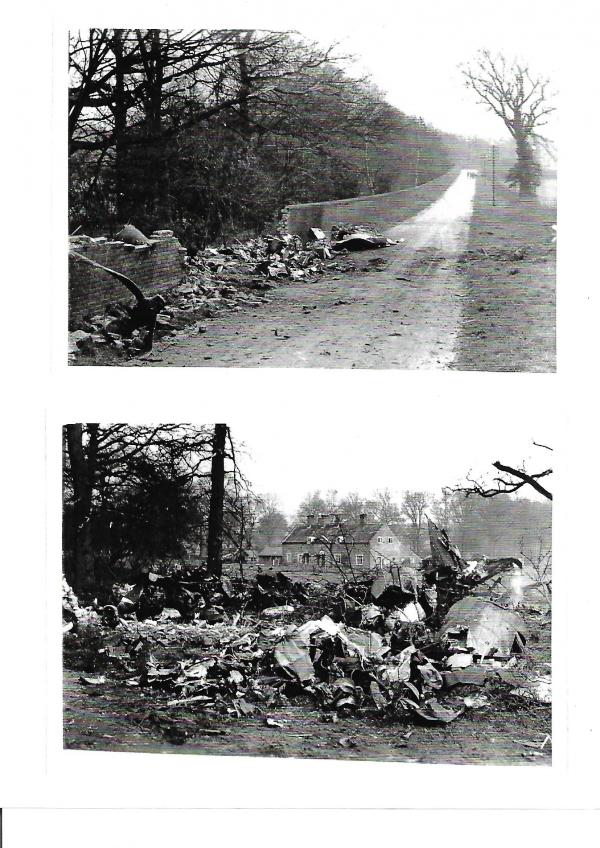 It was attacked by a JU-88 that had sneaked up on it's tail. With its controls shot away it made a right turn past Great Glemham church and crashed into a brick wall surrounding Glemham House and immediately burst into flames.

British soldiers billeted in Glemham House got to the wreck as fast as they could and without regard to the fact that the aircraft had a full bomb load aboard began to carry out the wounded and roll the bombs away.

After the survivors were pulled to safety the situation became very dangerous and the rescuers were warned to draw back just as the remaining bombs started to explode.

Out of the thirteen crew men aboard sadly three were killed, but the ten crew men that escaped were saved by the quick actions of the British soldiers who risked their lives to save them. 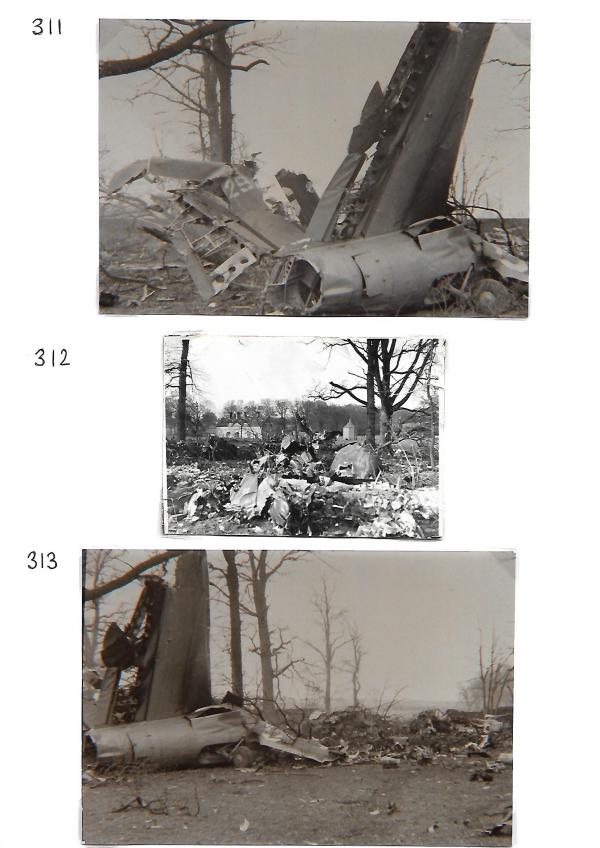